After the silence of the snow, we now have the noise of nature in all its glory

The birds are frantically nesting and showing off to the best of their ability,

Wonderful to see. So much of nature is an abundance of seasons in which

To survive, it’s almost like ‘lockdown’ which we are experiencing big

Time, the natural world though, know what they are doing, and during

Winter hibernate and don’t socialise, so why do we find it so hard, living in our

phones, lap tops, TV, yet we do complain don’t we? Maybe we have too much,

And now we need to let go a bit and take examples of nature to improve our lives.

Reiki of course is nature, is meditation, is spiritual, so we need look no further!

When we look into ancient people who lived where the sun was, and the moon and stars, and the only communication was by sound (vibrational sound) as they had no language. Yet they did communicate and understood one another, perhaps it was a gesture or an example, sound was very important perhaps it was primordial, but sound nonetheless.

Reiki and ancient esoteric teachings had the benefit of language, but life was much simpler and hard at the same time. Mikao Usui gained all his knowledge, through living the life of a Tendai Budhist, and meditating. He did a 21 day meditation, which in those times was not uncommon, 21 days was the lowest, fifty days and even a hundred days was also common, and it all depended on the training, to sit on a mountain (mount Kurama) with no food, water or anything else is to most of us, an incredible achievement. It’s like hibernation in nature, all bodily functions slowdown in order for the animal or human to survive. Mikao Usui did this incredible feat to discover the reason for life, he realised the connection to life and the universe was within, the energy connection already there. Just ‘being’ without attachments holding us back, no ego, no power, letting go and being true to our own nature was essential, through this system came healing, which is within all of us.

The History of Reiki.

Mikao Usui was born on the 15thAugust 1865 in the village of Taniai-mura (now called Miyama-cho) in the Yamagata district of Gifu prefecture Kyoto in Japan.

Today if you travel to Miyamo-cho you will find Mikao Usui’s name carved on a big Torii (shrine gate) at the Amataka shrine close to where his home once stood. The stone Torii was donated by three brothers of Mikao Usui in April 1923.

Mikao Usui is said to have come from a samurai family who were ‘hatamoto’ – a high level within the ranks of samurai.

Mikao Usui was born a Buddhist and as a child studied in a Tendai Monastery. In the West, it was believed that he was born a Christian. This was added by Hawayo Takata probably as a means to make Reiki more acceptable to Americans during the period of the Second World War as there was much anti-Japanese sentiment. Christianity was outlawed by Japan at the time Mikao Usui was born.

At the age of 12 Mikao Usui began the practise of a martial art called Aiki Jutsu. He eventually became and instructor in Yagyu Ryu and gained the highest level of achievement. He also achieved high levels in other ancient Japanese methods.

Mikao Usui had one sister and two brothers, one of whom studied medicine. Mikao Usui was called Doctor Usui by Hawayo Takata and mistakenly, many people thought of him as either a physician or a PhD. Neither is true and the term ‘doctor’ was probably a loose translation of the term ‘sensei’ which is a respectful term used for your teacher in Japan. Hawayo Takata also claimed that Mikao Usui had been the president of Doshisha University in Kyoto, Japan and a student of the University of Chicago America – both stories have been proven untrue by recent research into Reiki.

The Literal translation of the word ‘sensei’ is teacher. In the Martial Arts though it means a lot more. It can for example mean ‘one who was born before’ or ‘one who is due special respect because of the spiritual importance of his teachings’.

Sadako was the family name of Mikao Usui’s wife and they had a son called Fuji (born 1907) and a daughter of whom no records have yet been found.

Text Translated from the Memorial Stone

Below is the text taken from the Memorial stone which is in inverted commas. The grammar of the translation is different to how we would write it.

“Having learned under difficulties in his childhood, he studied hard with efforts and he was by far superior in ability to his friends. After growing up, he went to Europe and America and also studied in China. He was a man of versatile talents and also a book lover, knowing well in advance the wide range from history, biography, medical science, canons of Christianity and Buddhism and psychology up to magic of fairyland, art of course, science of divination and physiognomy”

“One day, Usui Sensei climbed Mt. Kurama, where he began to do penance while fasting. Suddenly on the twenty first day from the start, he felt a great REIKI over his head, and at the same time as he was spiritually awakened he acquired REIKI cure. When he tried it on his own body and members of his family also brought an immediate result on them.”

“Having said “it is much better to give this power widely to a lot of people in the world and enjoy it among them than to keep it exclusively by his family members. Usui Sensei moved his dwelling to Aoyama Harajuka, Tokyo in April 1922 and established an institute where the REIKI cure was instructed openly to the public and the treatment was given too. People came there from far and near to ask for his guidance and cure, and they overflowed outside, making a long line.”

“Tokyo had a very big fire caused by a great earthquake in Kanto district in September 1923 when the injured and sick persons suffered from pains everywhere. Usui Sensei felt a deep anxiety about that, and he was engaged in a cure, going around inside the city every day. We can hardly calculate how many persons were saved from death with his devotion”.

“Usui Sensei natural character was gentle and prudent, and he did not keep up appearances. His body was big and sturdy and his face was always beaming with a smile. But when he faced difficulties he went ahead with a definite will and yet persevered well, keeping extremely careful”.

“As his reputation got higher and higher it was so often when he received an offer of engagement from everywhere throughout the nation. In accordance with these requests he travelled to Kure and Hiroshima, then entered Saga and reached Fukuyama. It was the inn at which he stayed on his way that he caught a disease abruptly and he passed away at the age of sixty-two”

Mikao Usui died of a stroke.

A final quote from the memorial stone of Mikao Usui says:

“Usui Sensei emphasised that this is surely a secret process to bring good fortune and also a miraculous medicine to remedy all kinds of diseases”.

By which he made his purpose of teaching clear and accurate. Furthermore, he tried to aim at making his way of guidance as easy and simple as possible, so nothing is difficult to understand therein. Every time you sit quietly and join your hands to pray and chant morning and evening, you can develop a pure and sound mind, and there is just an essence in making the most of that for your daily life.

On September 1st1923 before noon, an earthquake measuring 8.3 occurred near the modern industrial cities of Tokyo and Yokohama. This was not the largest earthquake to ever hit Japan, but its proximity to Tokyo and Yokohama and the surrounding areas, with a population numbering 2 million, made it one of the most devastating quakes ever to hit Japan. Tokyo’s principle business and industrial district lay in ruins. There were an estimated 100,000 deaths with an additional 40,000 missing. Hundreds of thousands were left homeless in the resulting fires.

This earthquake may have been the background inspiration for Hawayo Takata’s well known beggar story where she claimed that payment for treatments was a requirement to heal. According to her, Mikao Usui healed people for free after the earthquake. She then stated that many did not heal because they did not respect the teachings as they had not put any effort into their own healing (i.e. they had not made an exchange, financial or otherwise).

After the earthquake he moved Nakano, outside Tokyo in 1925. He was often invited to travel throughout Japan treating people and teaching students. Mikao Usui had over ten thousand students in total, more than one thousand Shoden students, thirty to fifty Okuden students and seventeen Shinpiden students.

He used a hikkei (manual) which included the precepts, meditations and also over one hundred of the Meiji emperor’s waka poetry. Students copied notes by hand and also wrote their questions. These would be answered in writing by Mikao Usu”.

Personally I find this all wonderful, the System of Reiki has no beginning and no end, it’s like a river which flows without halting until it reaches the sea, an unbroken circle. 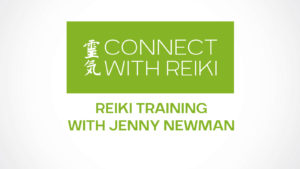