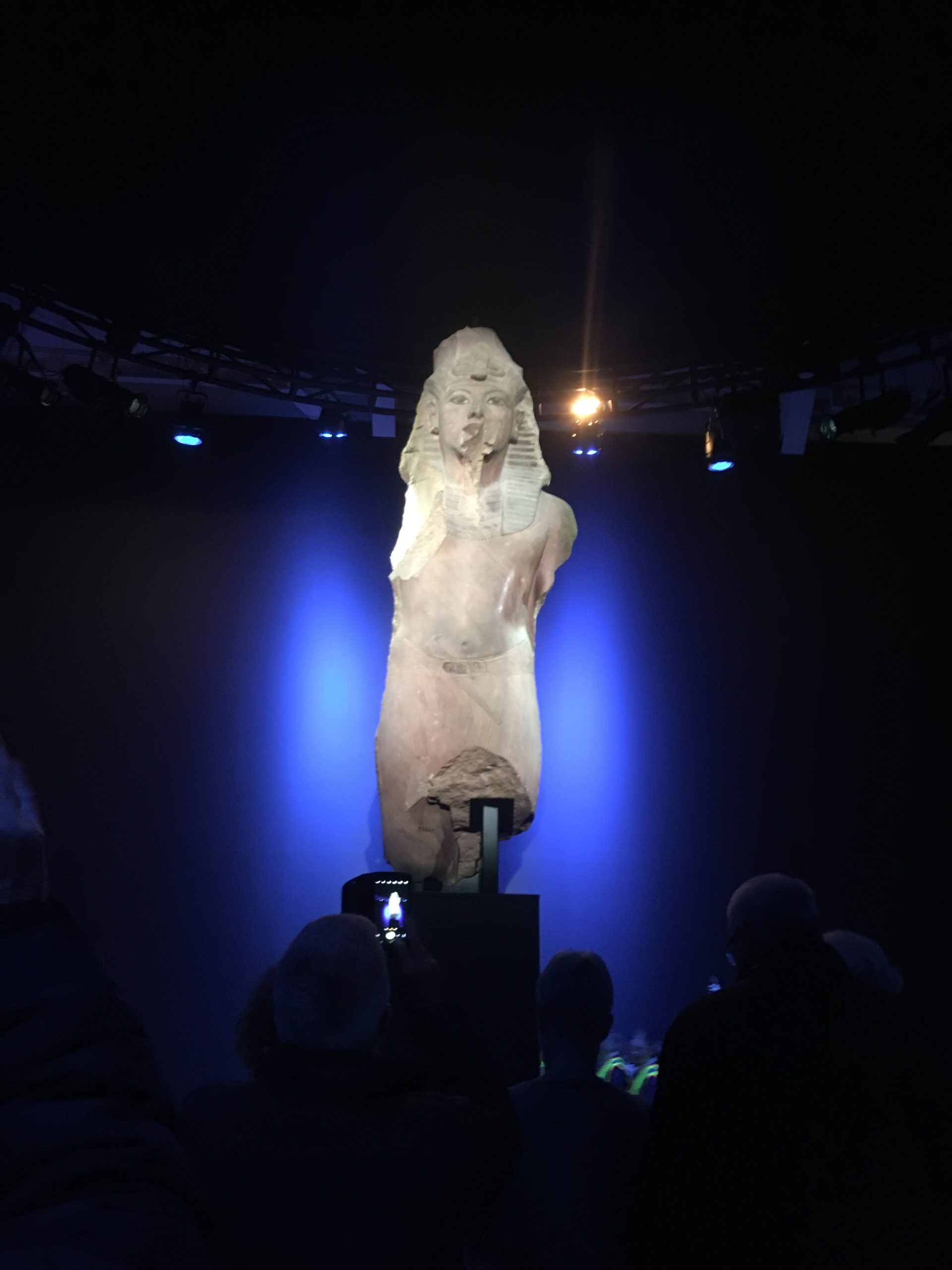 Steve and I went to the Tutankhamun exhibition at the Saatchi Gallery in London, which was truly amazing and well worth a visit. Almost immediately, when we entered the Gallery, I felt a huge connection, I felt I was back in that time 3,300 years BC, it gave me goosebumps!

I took many photos, and read the information on each object, the ancient Egyptians were way beyond time, the architecture of the tombs in The Valley of the Kings were amazing, I doubt they could be built in this way now. Excavating them was very difficult and time consuming. A man called Howard Carter managed to get funds from Lord Carnarvon, but the first excavation failed, it took 10 years to finally find the tomb which was intact and had not been robbed by grave robbers. The history goes on and on and is truly fascinating, the mummified remains of Tutankhamun were in tact, and he wasn’t a skeleton, the ritual of a high born King when they died took a very long time. All sorts of spells were done to help him on his way, to the next life.

The most intriguing thing for me was the explanation of BA and KA, Ka was translated as  the deceased’s life force, his spirited very essence. It resided in the mummy which was tightly bandaged and immobile within the tomb. Tutankhamun’s royal KA also inhabited his statues, sustained by the food and spells offered by the priests.

KA means ‘fire’ also ‘life force’ Reiki  is ‘life force’ carried within us through Spirit to our essence, for me it’s incredible this ‘life force’ is in the teachings of Reiki. Time and space mean nothing do they? the meaning remains the same throughout the generations. I am truly humbled.